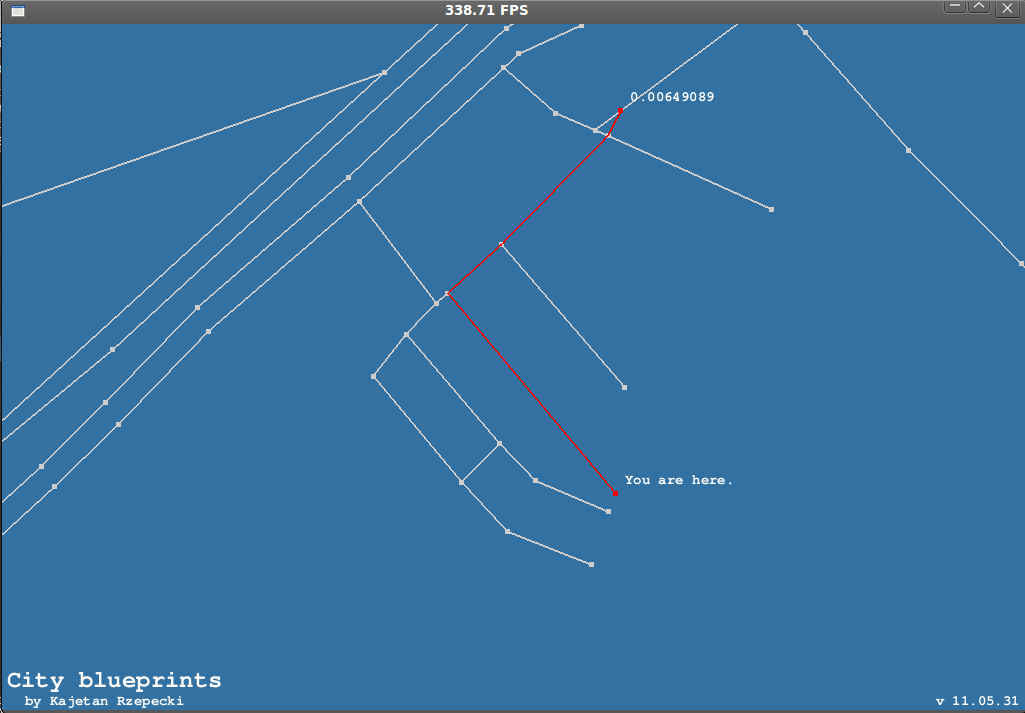 City Blueprints shows a way from where you are ATM ("You are here.") to wherever you wish to go. Select starting node with RMB and end node with LMB. 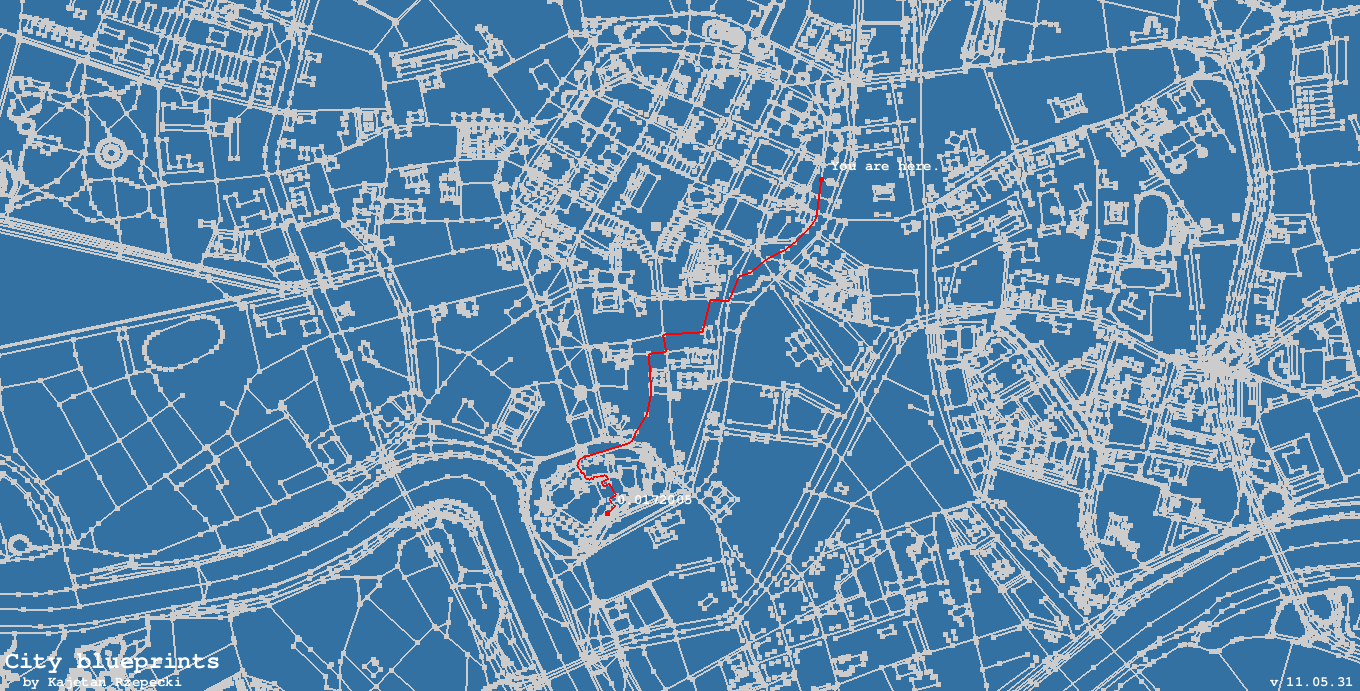 Works fine for bigger maps too. 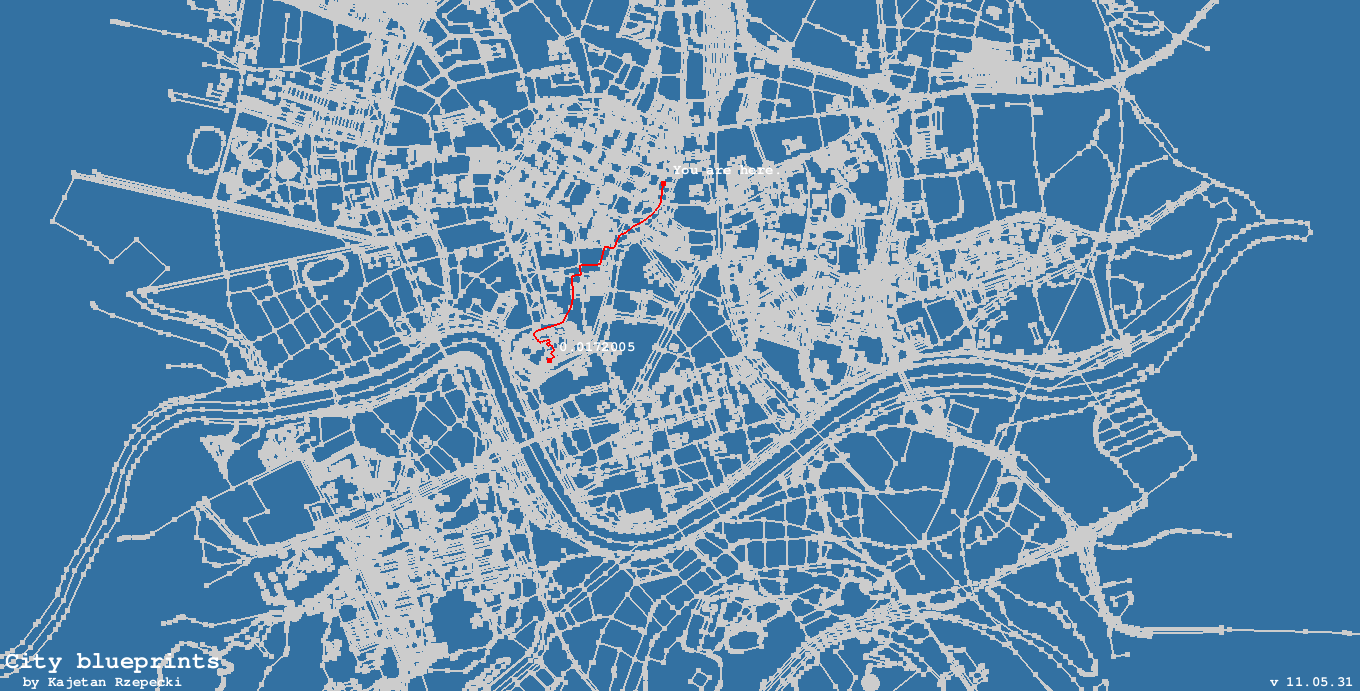 Although it sometimes may be a little slow. O(N*logN*my_sloppy_implementation_factor) after all.

You can scale the map. Simply use the scroll wheel. 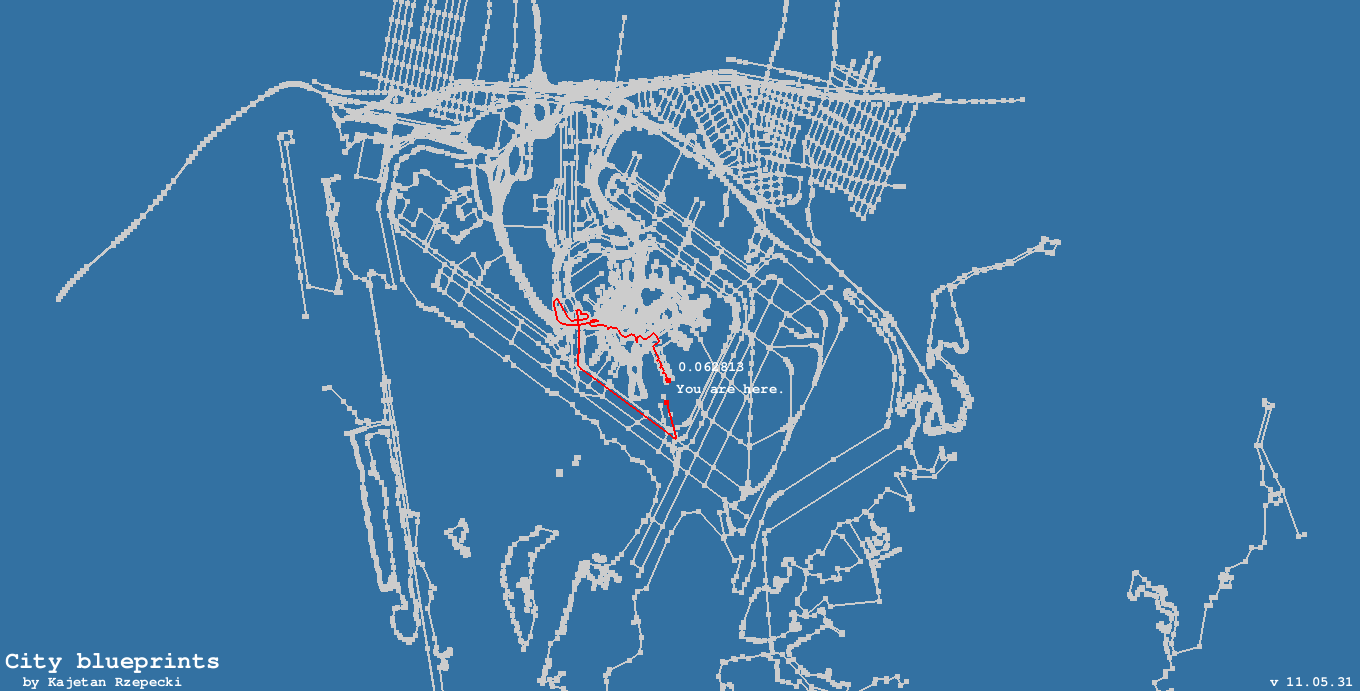 You can drag stuff too, just hold LMB or MMB and move arround.

City Blueprints is written in the D programming language. It uses GLFW 2.7 for OpenGL context and input handling as well as a quick hack of FTGL for font rendering (I didn't feel like fixing old D bindings nor writing new ones, so I wrapped a few C++ FTGL classes in C and then in D functions and... Yo dawg, I heard you like wrappings...).You need to export a piece of OpenStreetMap to an XML using their exporting utility, or use the planet.osm they provide.City Blueprints uses a simple XML parser, so there's no memory wastage and it's quite fast.To open other .osm files simply run City Blueprints binary with the filename as a parameter. Ha, ha, I'm lazy.Lastly, path lengths totally rape geographic good taste and whatnot.

Deal with it, I'm not a geograpist or anything...