Just the other day, while programming in Scala, I was thinking how nice it is that Haskell hides non-strictness (a.k.a. laziness) underneath, so no obnoxious lazy stream creation/forcing needs to be done. And then it struck me: how cool would it be to treat Promises in a language the same way that Haskell treats lazy values? Would such a language even make sense? How would you program in such a language?

Let's explore! You can find all the code included in this post in a more useful form here.

Recently, I came across this post about implementing custom type systems using Prolog and it inspired me to revisit an old logic-programming-related project of mine.

About a year and a half ago I took a shot at using Prolog for type reconstruction (a.k.a. type inference), but that resulted in a load of not much for one reason or another. I did write this Rule-based system shortly thereafter, however I did not give much thought to using it for type reconstruction. Let's change it...

Let's see how it goes this time...

In case you are wondering, here are some questions & answers regarding λ-blog:

Finals are comming, so I might as well hack around a bit with ASM...

It's been a while since the last status update and I hate to admit it, but not much has changed in ASM repo. I was messing around with combinators in an attempt to simplify ASM' environments, and I was experimenting with new immutability semantics, since at the moment it's pretty much a one big copy-vs-alias mess. There are still a bunch of unresolved issues here and there concerning efficiency mainly, but if ASM is to be relevant in 100 years of time I'd much rather sacrifice efficiency for simpler semantics and expressive power.

Lastly, I was thinking about a way of exposing as much of ASM' semantics as possible and allowing their run-time overriding, using a Metaobject protocol:

"Kajtek, you incredibly handsome stallion, what have you been doing these past few months?" - you might ask, concerned about the lack of ASM dev logs recently...

Well, I've mostly been studying various PL design quirks and prototyping neat features such as vau calculus flavoured fexprs or the following piece of what I consider art.

As mentioned before, I was working on an extensible reader that would support user-defined reader macros for easy DSL programming. It took me quite some time, effort and researching but eventually I came up with an awesome solution. It's worthy to mention here, that it's in no way a new solution. I prefer to figure stuff out myself and often times it turns out that similar concept already existed a few years before mine. Bummer u_u. 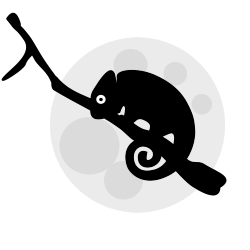 It's high time for more Another Syntactic Monstrosity examples, but first let's take a look at its development.

I spent the last few days on redesigning the parsing strategy, ATM the interpreter reads the raw input, lexes it using static, immutable grammar specs and then parses the token stream into an AST, all this hardcoded in D.This proves to be fast, but it's nearly non-tweakable. That's not what I intended ASM to be and it makes some neat features, such as overriding Tuple evaluator, impossible.

The new parsing strategy reminds of CommonLisp reader and reader-macros:

...and ASM will happily accept it. Awesome!

So we've seen latmab - the calculator and Scheme - RNoRS Scheme interpreter, both leading to the following, somewhat fun story... After having basics of Scheme implemented even though I did not have any previous Lisp experience, I figured I could do even better. Hell, let's actually learn some Lisp, said my inner smoking-hot stallion-programmer-guy!